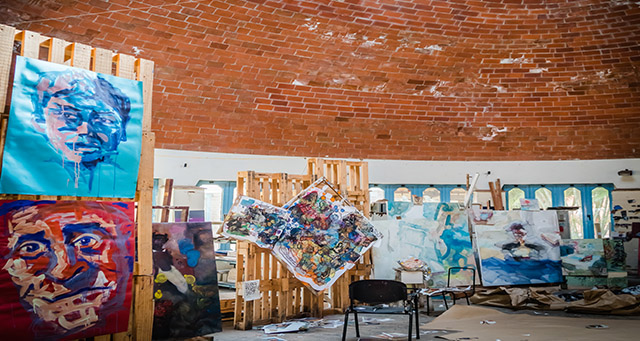 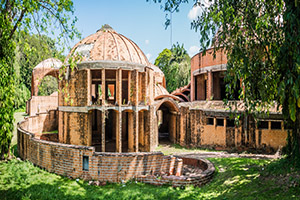 Few buildings in Havana City are quite as distinctive as Las Escuelas Nacionales de Arte, or the National Art Schools. Comprised of five unique buildings that, for better or worse depending on who you ask, stand out amid the rest of the Cuba's architecture, the story behind the buildings and the unique appeal that they have are certainly fascinating.

For many, the buildings stand as a symbol of post-revolution architecture in the country, and thousands make their way to the country every year to study these buildings as well as the country’s other unique works.

The Cuban National Art Schools are, in a sense, the result of a golf match between Fidel Castro and Che Guevara in 1961, only two years after the success of the Cuban Revolution. It is said that during a round at the Havana Country Club, Castro decided that the grounds would be the perfect location to create the world’s finest art schools. In the wake of that statement, little time was wasted in nationalizing the property and the task of finding a designer soon began.

Richard Porro, a Cuban architect who was fairly renowned before becoming exiled by the Batista government, was commissioned to design the school. He worked to design the structures for the schools of modern dance and fine art, while leaving the music and ballet schools to the talents of Vittorio Garatti and leaving the design of the school of drama to Roberto Gottardi.
QUICK CUBA TOUR FINDER
The groundbreaking of the property commenced only two months after the design process began, with designs being finished seemingly moments before crews began implementing them. Much of the construction was done using local materials, as the US trade embargo made steel all but impossible to procure, perhaps giving reason for the brick walls and Catalan-tiled vaults. Construction moved at an almost feverish pace until 1965 when it was stopped by the government due to economic concerns.

When the Soviet Union became closer with the Cuban Revolution, the model of standardization that their government represented stood in contrast to the unique design of the National Art Schools. The schools were very nearly finished by the time the project was cancelled, but with little maintenance during and after the Soviet reign and collapse, they quickly fell into disrepair. 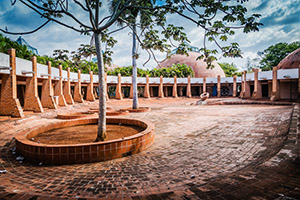 Very little public knowledge was held regarding the national art schools inside or outside of Cuba until 1999, when photos and the story of the schools were published in the book Revolution of Forms: Havana’s Forgotten Art Schools by John Loomis. This was also the year that the World Monuments Fund placed the schools on their Watch List of endangered places. This newfound attention prompted Fidel Castro to declare the schools a national treasure, and to announce plans for their restoration.

Despite a languishing economy, restoration is underway on the schools, with the hope being that they can be restored to their former status.

For travelers lucky enough to visit the island as part of Cuba Education Tours, a visit to the National Art Schools is definitely warranted, if only for the story and the unique design of the buildings. There is much argument over the aesthetic beauty of the schools, but they are nonetheless fascinating. Havana is a city with a history, and one that bears telling, and the National Art Schools deserve a spot in any visit to the city.