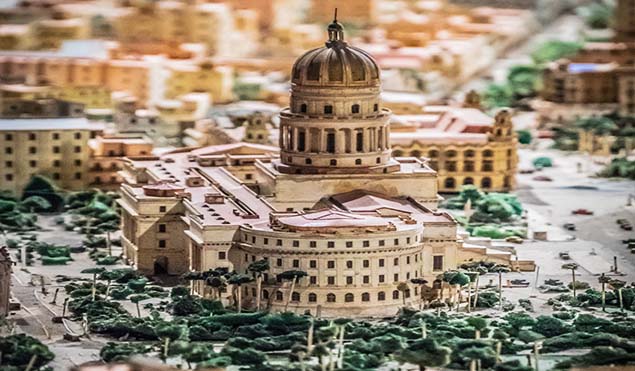 Spreading outward over time, Havana City has become magnificent in size, but the scope of this growth can be hard to understand for those who did not grow up in the area. To this end, the Scale Model of Old Havana, or Habana Vieja, offers an interesting and insightful view of the city’s growth and is something that visitors to the city will not want to miss.

In 1978, the historical center of Havana and its system of military fortifications dating back from colonial times, were declared a National Monument and in 1982 were included in the UNESCO's World Heritage List.

The historical center of the City of Havana, better known as Old Havana covers an area of 2.14 square kilometers. From the urban planning point of view, it primarily consists of two distinct areas: the old walled city and the surrounding strip that was developed following demolition of the walls from the mid-nineteenth century and the early decades of the twentieth.
QUICK CUBA TOUR FINDER
The Scale Model of Old Havana was designed to provide a clear look at how the city was originally laid out and how it expanded over time. The model is color coded according to the age of the buildings and landmarks, making it easy to understand how and when growth occurred.

Cuban artist, Orlando Martorell and his wife were the creators of the Old Havana Scale Model, a work that took them 3 years to complete and it was built to at a scale of 1:1500. Among Martorell’s work is the scale model of the historic center of Alcalá in Spain. 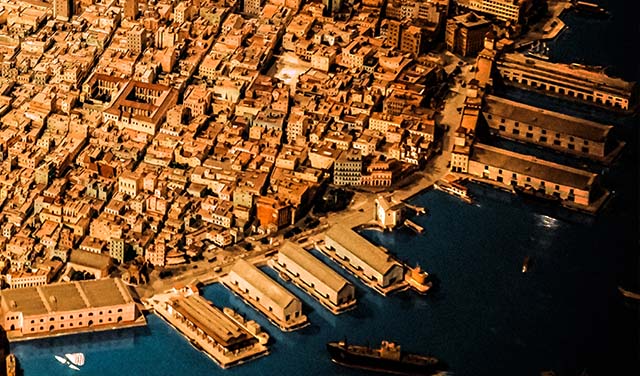 There are many things that help make the scale model unique beyond the fact that it is built to perfect scale. Many travellers are incredibly fascinated upon learning that the entirety of the model was created out of paper scraps and parts of old cigar boxes. It is certainly an impressive piece to view, and the hard work that went into its creation is readily apparent.

For those seeking deeper insight into the history and creation of Habana Vieja, Authentic Cuba Travel®’s keynote speaker, architect Miguel Coyula has much to offer. In addition to explaining the current way that the Cuban government plans the development of the city, he will explain how it has grown through an oral presentation that showcases the incredible architecture that has helped make the city such a global attraction.

The Scale Model of Old Havana also features a beautiful lighting system that simulates day and night, sunrise and sunset, the lights and shadows of the city. This system also integrates sounds like the singing of birds, the authentic sounds of the city, the murmur of the waves of the sea, the bells of the nearby colonial churches, and even the noisy genuine sound of the Fire of the Cannon of 9 O'Clock that allow, for a few minutes at least, to experience what the real life in Old Havana is like.

One recommendation for visitors to the Old Havana Scale Model who have the time to do so is to take the time to see it both before and after a tour of Old Havana. The model itself is incredibly impressive, but it also lends a great deal of perspective to how visitors see and interact with the city.

A tour of Old Havana’s perimeter will reveal parts of the original city walls, as well as many other landmarks highlighted within the model. Havana is indeed a culturally and historically rich city, and the Scale Model of Habana Vieja is an ideal way to view all of the magnificent and meticulous details of the city’s architecture and design.

Authentic Cuba Tours are created in close collaboration and under the umbrella of Cuba's premier educational institutions and cultural organizations in order to provide the most authentic experience possible.

With the easing of Cuba travel restrictions from the United States, now is an excellent time for US professionals to join Cuba Education Tours.