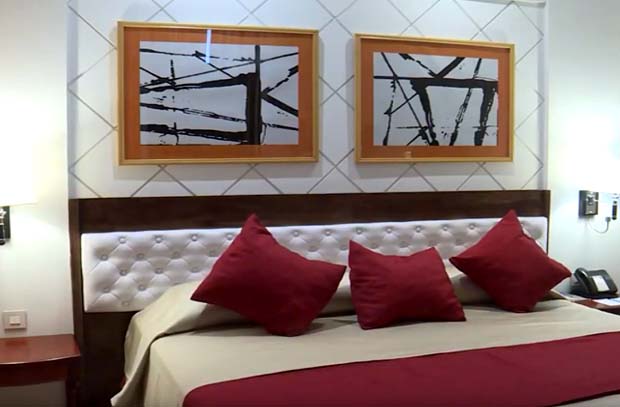 The Presidente hotel is located in El Vedado neighbourhood, in the cultural centre of Havana on Avenida de los Presidentes in Havana. The hotel is located 200 m from the famous Havana's Seawall (el Malecon) and close by the Cuban Ministry of Foreign Relations (the foreign ministry) and the Casa de Las Americas.

Links to the public transport network, shopping venues, restaurants, bars and nightclubs are to be found in the immediate vicinity. UNESCO World Heritage Site, Old Havana is about 3 km from the hotel, while the international airport Jose Marti is just 20 minutes away.

This city hotel soars up into the sky with 10 historic floors and distinctive colours. The hotel occupies an impressive building, which was built between 1925 and 1927,and was the first skyscraper in Havana. The impeccable Victorian-style lobby features black-and-white marble floors, pink marble wainscoting, and real antiques. Completely renovated in 2000, it enjoys a luxury character. The hotel cherishes its modern history and has accommodated prominent personalities from the world of politics, business and the arts over the years.
QUICK CUBA TOUR FINDER
During the restoration and redecoration of the hotel, much attention has been paid to detail. The hotel comprises more than 400 works of art, which symbolise the unique taste. This air-conditioned, designer hotel comprises a total of 158 rooms of which 2 are junior suites and 2 presidential suits. About half (generally the even-numbered rooms) have good ocean views.

There is a swimming pool in the outdoor complex, as well as a sun terrace with parasols and sun loungers laid out ready for use and a poolside snack bar. A massage service is also available. Typically Cuban bands play music every evening in the lobby bar.

The avenue is named for the statues of Cuban and Latin American presidents that grace its length. (The busts of Tomas Estrada Palma and Jose Miguel Gomez, the first and second presidents of the Cuban republic, were toppled following the Revolution, as they were accused of being "puppets" of the U.S. government.)

Across Presidentes, on the east side, is the headquarters of MINREX (Ministerio de Relaciones Exteriores), the Foreign Relations Ministry, taking up two blocks including a beautiful neo-baroque building on the north side of Calzada (Calle 7ma).