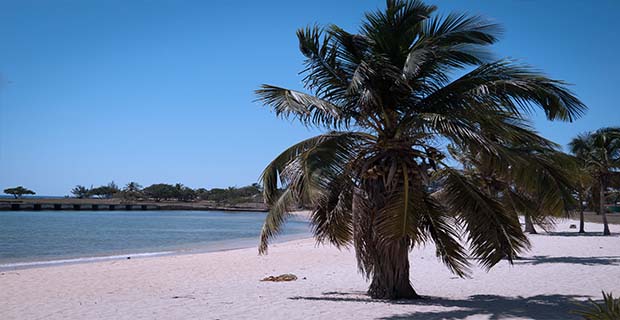 Maria la Gorda is located in the National Park and UNESCO Biosphere Reserve, Peninsula de Guanahacabibes, in the Pinar del Rio province, in western Cuba. This small friendly resort is situated on a sweeping, palm-fringed beach and is host to some of Cuba's finest dive sites.

Various versions of the legend of Maria la Gorda exist. She, along with other women, was part of a haul, and eventually abandoned at this beach. As time went by, with some spare pounds and the funny nickname of "Maria La Gorda" (Mary, the Fat), she started running the brothel which served the crews of the ships stopping by the area.

Maria la Gorda at the Peninsula de Guanahacabibes is a haven for Bird Watching. The area has a remarkable avifauna ranging from the Bee Hummingbird, the world's smallest bird, to several very rare species including some species which are virtually endemic to the island of Cuba.
QUICK CUBA TOUR FINDER
The International Diving Center of Maria la Gorda is a touristic spot dazzling because of the magnificence of its ocean bottoms featuring the largest population of black coral in the archipelago. In terms of safety, Maria la Gorda boasts instructive personnel qualified by the "Confederacion Mundial de Actividades Subacuaticas" (World Confederation of Sub aquatic Activities).

Here, you can see many species of coral, including the largest colony of Black Coral in Cuban waters; gardens of gorgonians; sponges; a large wall studded with grottoes; and Barracudas, Dog Snapper, Schoolmasters and other kind of Snappers, Marine Turtles.

The International Diving Center "Maria la Gorda", ideal place for both, beginners and experienced divers. The sea bottom in this area has the most clear and colorful contrasts and the transparency of the water allows a visibility of 30 m long up to 30m of depth; the medium water temperature varies between 24C to 30C. The marine platform is very thin and ends very close from the coast with depths between 200m and 1000m. The dive Center is efficiently run and the dive guides try very hard for you to get the most out of your diving.