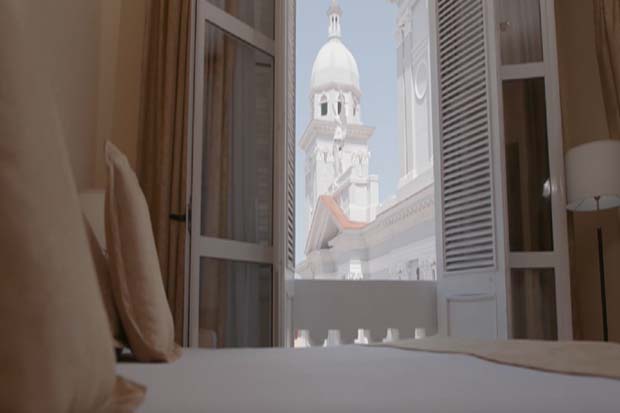 The Hotel Casagranda is conveniently located on a corner of the popular Parque Céspedes, right in the heart of the historic headquarters of the Caribbean city of Santiago de Cuba, the Cradle of the Cuban Revolution as it is known by locals.

Within walking distance we find the Cathedral of Santiago de Cuba, Casa de La Poesia, Casa de La Trova, the Carnival Museum, the Museum of Provincial History, the house of Spanish conquistador Diego Velazquez, among other significant venues, the Hotel Casa Granda maintains the simplicity and elegance of its eclectic architecture.
QUICK CUBA TOUR FINDER
From the main terrace, rooftop and from the balconies of its comfortable full-of-character rooms, guests can take breathtaking views of the surrounding mountains, the bay of Santiago de Cuba and the cityscape of the second most populous city in Cuba.

Guests at the Casagranda enjoy a luxurious restaurant, specializing in Creole and international cuisine, a cozy terrace café-bar with views of the neighboring park, and a lookout point snack bar located in the Roof Garden on the top floor, with splendid views of the city, the mountains and the Caribbean.